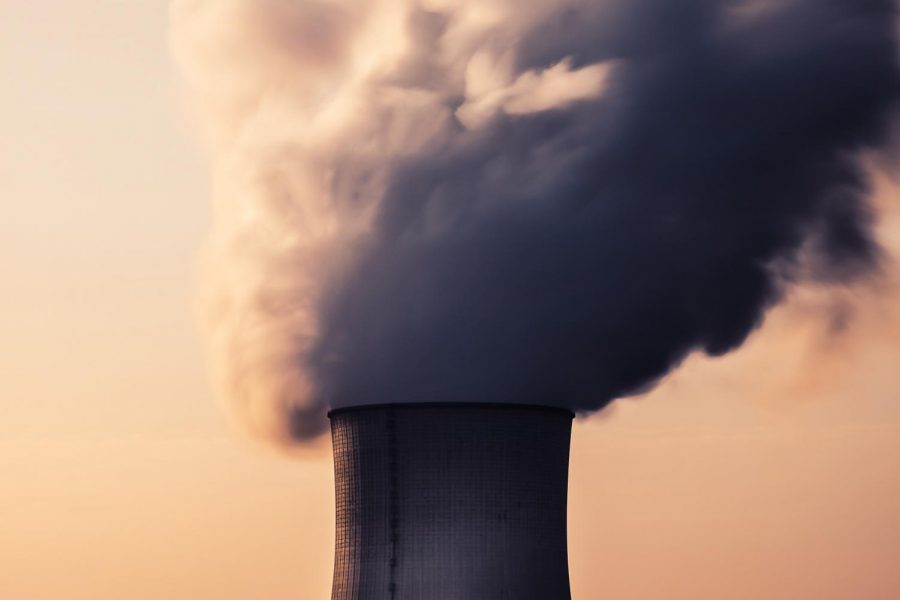 Photo by Thomas Millot on Unsplash

Indian Point Energy Center is a nuclear power plant next to the Hudson River, an hour and 15 minute drive from Red Hook. It stores all of the dangerously radioactive nuclear waste that it produces on-site. The nuclear waste is stored in spent fuel pools, which are like 40-foot deep, reinforced swimming pools. They were intended to store nuclear waste temporarily before reprocessing it to reuse for more energy. However, in the U.S., nuclear waste is not reprocessed, and the spent fuel pools are being used to store the waste long-term. If the pools fill up, then the waste is moved into dry storage casks, which are cylindrical containers for the nuclear waste about 19 feet tall. They have an inner layer made of steel, and another layer of either more steel or concrete surrounding it.

The current ways of storing nuclear waste in the United States are suboptimal. Though spent fuel pools are safe under normal conditions, if there was a severe accident, thousands of square miles could be contaminated and dangerous. Dry storage casks are not a better alternative. A dry storage cask lasts about 10 years before needing to be replaced, and each one costs about $1.5 million.

Yucca Mountain in Nevada was a proposed storage site; however, it was rejected for several reasons: the site was too small, its aquifer drained to an important agricultural area, and the transport route was too close to residents in Nevada. The alternative to sites like Yucca Mountain is dry storage casks next to the nuclear plant, but they hold less waste and are also near civilians.

Many other countries like Great Britain, France, Japan, China, and Russia reprocess their nuclear waste. Nuclear waste still has a low concentration of fuel left in it, and that can be separated and used. This would generate more energy and greatly decrease the amount of nuclear waste to store. However, the U.S. doesn’t reprocess the waste because reprocessing separates plutonium, which could be stolen and made into nuclear weapons. The plutonium would be heavily guarded, just as nuclear waste already is. Therefore, the decreased waste and increased efficiency outweigh the risk of terrorists stealing plutonium.

The U.S. Office of Nuclear Energy claims that dry storage casks are a temporary solution while the government thinks of a permanent one. Yet, the U.S. has been using dry storage casks for 35 years, and regulators still haven’t come up with a better idea. If scientists do not find a viable alternative soon, then dry storage casks will become the de facto permanent solution.