BANKSY: More Than a Mirror to Society 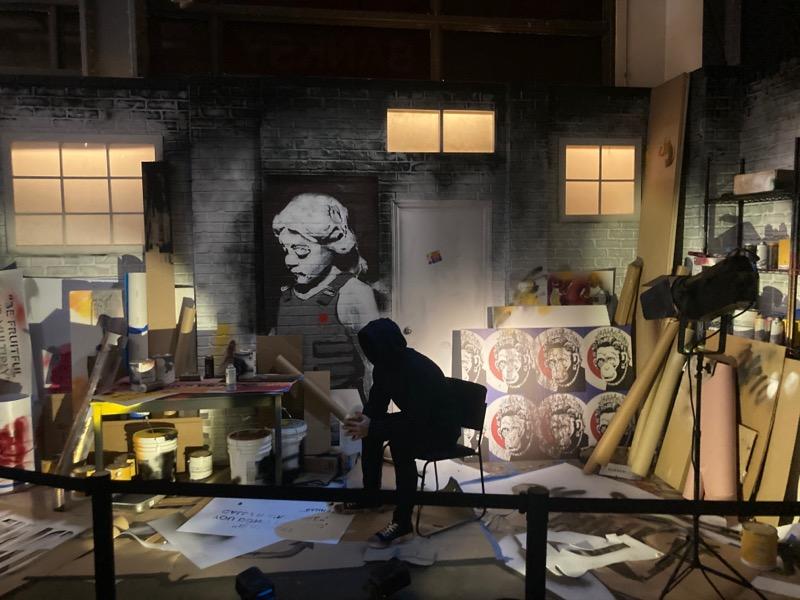 Calling Banksy a popular street artist is an understatement. Considered by many to be the gold standard of vandalism, Banksy’s work never fails to provide insightful commentary on the modern world. Despite being most infamous for his public graffiti stencils and general defacement of property, his art transcends the borders of the typical street vandal. Through fully interactive art installations such as Dismaland in his home country in England or the Walled Off Hotel on the Israeli-Palestine border, Banksy shows the lengths he will go to spread his messages across the world.

Growing up with an interest in graffiti and street art, Banksy was more of a performative activist. While the bitter irony and sarcasm of his works poke fun at the dark side of society, it always seemed that the artist was merely commentating as an outsider and never getting his hands dirty. For all of Bansky’s talk of world change and involvement in social issues, little is known about his own actions outside of mysteriously profiting from art galleries or almost exposing his true identity yet again.

However, the recent “Banksy: Genius or Vandal?” exhibit completely changed that perspective. Located on the corner of 14th Street and 6th Avenue, the exhibition showcases over eighty works from the notorious vandal, featuring written and auditory descriptions of each piece. Since his identity is almost entirely shrouded in mystery, it’s rare to hear direct statements from Banksy himself regarding the meaning and purpose of his art. While the symbolism is typically apparent and broad since his art is meant to be viewed by the general public, the context of his actions outside of the pieces adds a layer of depth beyond simple activist art.

One work that stands out is a welcome mat hand-woven with the threads of the abandoned life vests of Greek refugees. At first glance, it’s merely a symbolic piece, showcasing the irony of a welcome mat made from people who were denied entry despite their need. According to the exhibit, Banksy used the funds provided by the auctioning of the mat to create jobs and shelter for refugee women in Greece through an Organization called Love Welcomes. From the first 500 mats alone, 33 additional women received employment, 294 got medical and legal services, and three new businesses were formed to operate bus transport from the camp to Athens.

The same applies to the majority of Banksy’s works. The profits of his works are almost always donated to charities or used by Banksy himself to aid a multitude of groups. He repurposed the materials used from his bleak amusement park, Dismaland, to create camps and shelters for refugees in France. His exhibits have been used to raise money for everything from AIDS research in Africa to feeding the homeless in England. His art galleries and events bring tourists to impoverished areas around the globe, ranging from New York neighborhoods to the Palestinian border wall, and the attention helps revitalize the economic status of many of the communities. Despite being the pinnacle of rare and collectible art thanks to his notorious reputation, Banksy refuses to be sucked into the world of snob art and commercial profit, choosing to stay true to the message of his art and make a change in the world.