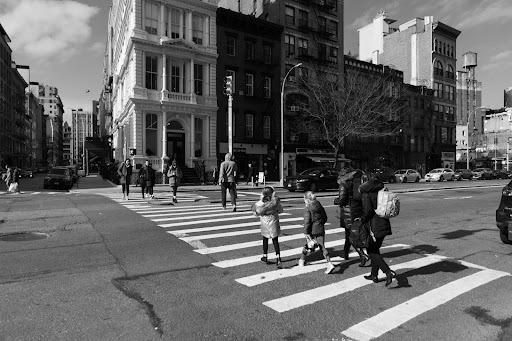 My favorite candy store shut down. Big whoop, I know. It closed a while ago, and my preteen self was too lazy to walk the half mile to get to it. A perfectly reasonable question, then, is why I’m bringing it up some 8 years later, in an article for a school newspaper of all places. That reason—more bittersweet than the best dark chocolate—is gentrification.

Greenpoint, before European colonization, was inhabited by the Keskachauge people, a sub-tribe of the Lenape Native Americans. In roughly 1638, Dirck Volkertsen, a norseman working with the Dutch West-India company, established a farm, and he was the first recorded European settler in the area. In the years to come, Dutch and French settlers farmed the fertile soil, frequently fighting with the local people. Following the British takeover, Greenpoint remained largely cut off from the rest of the world, maintaining its reputation for greenery—hence Greenpoint—till the early 1800s. Soon shipbuilding and warehouses replaced the orchards, with Irish immigrants coming to the dockyards. Indeed, the USS Monitor, the first Union Ironclad, was built by Irish workers in Greenpoint. Starting in the 1910s, Polish immigrants settled in the area, following the decline of shipbuilding and the cheap housing costs. Almost a century later, a new group of settlers have arrived: millennials.

The story of displacement and change is integral to the existence of Greenpoint, and it has broader implications for American history. God knows the Irish or Polish immigrants didn’t care much for the history of the indigenous Lenape before them. If I weren’t a Polish-American myself, I probably wouldn’t care for the plight of the Eastern Europeans either. But I am.

Going back to that candy store, which was named Wedel after a Polish chocolate company, the ramifications of gentrification on ethnic businesses, and culture, become apparent. A healthy community needs more than just the comforts of home. A Korean grocery isn’t enough to sustain a Korean enclave. The same applies to Greenpoint, where for over 50 years bakeries, bookshops, and butchers functioned as a mock up of a small Polish town. Of course, even today, the essentials, such as Kiszka or Mazur meat market continue to exist. However, the loss of “superfluous” businesses, like Wedel, represents the decline of a community, in this case largely due to gentrification.

Of course, my account of the situation in Greenpoint is biased. It is undeniable that the Polish community, as seen with Italian, Irish, and German enclaves previously in the city, was bound to fade as the original immigrants slowly passed away. Furthermore, from the perspective of the city, gentrification has a positive social and economic impact. Property values rise, leading to increased tax revenue, and the potential to attract high end development. Gentrifiers tend to be educated millennials, who earn considerably more than the immigrant/ethnic communities they are displacing. By and large, gentrification makes neighborhoods cleaner, wealthier, and more attractive overall for tourists and residents alike.

And yet, I still complain about the closing of Wedel. I’m sure the descendants of the original European settlers complained loudly when they were pressured to cut down their prized orchards. And I’m even more sure the Lenape didn’t enjoy being forced to leave the land they had lived on for centuries. It is the course of time to cause change, and there will always be someone who disapproves. But when I see the changes in my area; when the funeral home next to the church gets a facelift to resemble a boutique, or when the store across the street becomes a Popeyes, it is hard to avoid falling into a pensive mood. It makes my grandma angry, too. All I ask is that you, as a New Yorker, reflect on the changing realities of our city’s neighborhoods.