An Interview with Ms. Han: Working as a Linguist in the Army 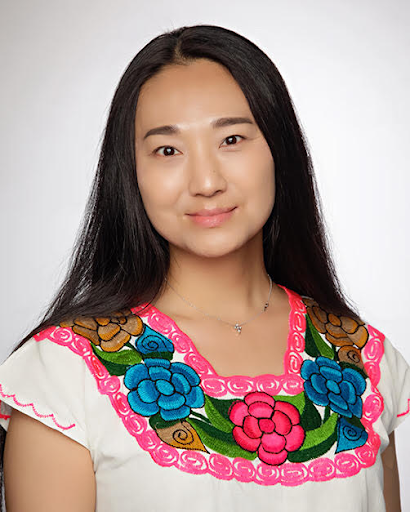 Amidst the latest surges of COVID, essential workers continue to face difficulties. The new wave of pandemic stress has driven an aggregate of educators away from their jobs; according to the National Education Association, a reported 55% of teachers across the country claimed they would leave their positions earlier than planned. While the onset of COVID marked an outpouring of respect and gratitude for health care workers, first responders, and integral personnel, this community of people still should not be forgotten two years into the pandemic. This interview features Ms. Esther Han, a Mandarin teacher at BASIS Independent Brooklyn who also proudly served our country. Ms. Han relays her experience of working as a linguist in the army, pieces of her background, and the misconceptions many citizens have about military service.

This interview was condensed and edited for clarity.

Q: What were some of the reasons that you joined the military? How did you choose your branch of service?

A: I grew up in China, where the military, to the outsiders, seems holy. After serving in the US Army, I knew I was brainwashed in my former Motherland. Here, in America, we honor our service members, but they are not automatically “perfect.” There, however, military service members are glorified, perfect saints, almost deified heroes. I was too naïve to know that no one is perfect or infallible.

I witnessed 9/11 and admired those who enlisted for the war; however, I didn’t initially want to join the military because I’m an only child—I couldn’t bear the thought that one day my mother might have to bury me. It’s my filial piety to honor her and to bury her.

I eventually joined because, at that time, I wanted to become a translator, so I naively enlisted to become a linguist, not knowing all of the physical requirements it would entail.  I didn’t think I could be deployed because my recruiter told me—specifically—I would serve in Hawaii. When my recruiter told me, “you’re going to basic training,” I thought that meant being in a classroom listening to lectures and watching PowerPoint presentations: “training” for linguists.

A: It was a total culture shock. They curse at you non-stop; I thought to myself, “I didn’t sign up for this,” and I thought about quitting. However, I was old enough to understand that the sergeants simply wanted me to be tough, although they were harsh. By the end of this training, I was transformed—initially, I could barely do two push-ups for my qualification test; by the end of my Advanced Individual Training, I scored 300 on my PT test. I shot machine guns and even threw two or three live grenades. That was pretty exciting—I never imagined I could’ve done that. They were real; they exploded!

Q: Where did you serve?

A: I was stationed in Hawaii, where I helped service members maintain their language proficiency. At Basic Training, a Colonel told us that all of us were going to be deployed no matter what our jobs were. At that time, I got scared and felt deceived by my recruiter. I thought to myself, “Am I going to die?”

It turned out that you could be assigned to a strategic or a tactic unit in Hawaii. I was lucky enough to be in a strategic unit where I wouldn’t be deployed, so I stayed in Hawaii.

Q: What was something really enjoyable about the experience?

A: I signed up to become a translator but ended up teaching Mandarin. Most of my colleagues had to wear their uniforms every day, but I got to wear civilian clothes because I was working in a civilian setting. That was the fun part; I surely enjoyed teaching. Those were the best moments in my military career.

Q: Is there someone you served with that you remember fondly?

A: My very first first-line supervisor, a sergeant. He was Vietnamese-American, and his honesty and straightforwardness stood out to me. Even though there was one time the chain of command wanted to brush off the racism I experienced, he stood up for me. He passed away, and in retrospect, I think he had PTSD. When I first met him, he had just returned from deployment and would tell me how much he hated Hawaii. One day he went to a scenic spot in Hawaii with his friends—none of them knew how to swim. The water was shallow when they got in, and they crossed it to get to a little island. On the way back, the water became deep and undercurrents formed. He drowned. He was younger than me, even though he was my supervisor. I remember he used his personal time to help me buy my first car. I was really touched by this because some leaders don’t practice what they preach. But there are also a lot of good soldiers, sergeants, and leaders like him, which is what makes the military so attractive.

A: After serving a while, a lot of soldiers in the army have knee problems, and some end up having knee surgeries because excessive running can severely damage your knees. They should’ve taught us the proper running form at the Basic Training, but no one had mentioned it to me before my knees were injured. While I was doing my Advanced Individual Training in Texas, I started having knee problems. By the time I finished my first duty assignment, I couldn’t put up with all the running anymore. And the military was downsizing at the time, so I used that opportunity to leave.

Q: What were your first few months out of service like?

A: I was lucky again—right before I left Hawaii, I was admitted to Columbia University. So I was extremely happy to leave because I wanted to do my Master’s degree. It wasn’t a bad transition at all.

Q: Did you learn anything about yourself?

A: I appreciate the teamwork and accountability in the military. I studied arts before enlisting, so I was able to work independently very well, but I had to learn the importance of teamwork. And in terms of accountability, you have to be responsible all the time. My sergeants used to say, “if you’re on time, you’re late.” I learned to obey others, which sounds very harsh, but following orders was something I had to learn. I never took orders from my superiors too seriously before enlisting. But if you don’t obey orders in the military, they could court-martial you. Who wants punishment? This didn’t mean I would lose myself or my nature; I just had to learn how to balance.

Q: Especially coming from a place of naivety, is there anything you wish civilians knew about military service?

A: After I left, I learned about the discrimination against veterans. People have never discriminated against me to my face, but sometimes I get questions like “Have you been deployed?” Deployment in the military is an honor. Later on, I learned they were trying to figure out if I had PTSD or not because being deployed often comes with PTSD. Asking those questions can be very insensitive. Be careful when passing judgment, and consider your sources of information. Veterans don’t need to be glorified like they are in China, but kindness is always necessary.

Thank you to Ms. Han for participating in this interview.