Evaluating the Role of Women in the Olympic Games 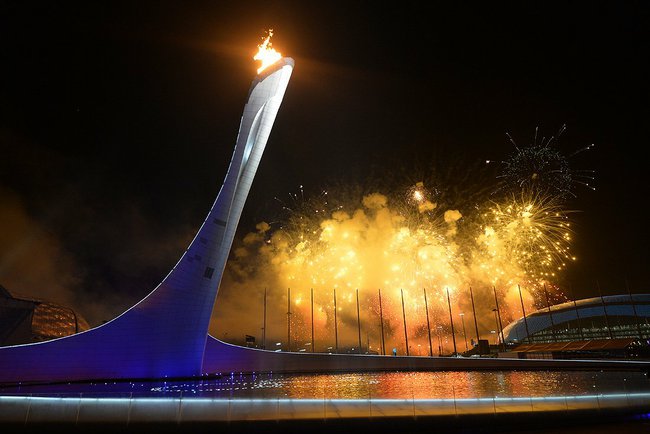 Presidential Press and Information Office - Licensed under CC BY 4.0

As the 2022 Winter Olympics begins, just a mere six months after the 2021 Summer Olympics, loyal patriots and fans cheer on their countries as athletes compete for the highly esteemed gold medals. Skiing and figure skating replace the swimming and volleyball of the summer, inviting many athletes with a heart for risk and danger to participate. This year’s games, held in Beijing, have a total of 2,871 athletes, with 1,314 of these athletes being women.

Ever since the creation of the Olympics, the role and treatment of women in these games has been criticized. The very first Olympics games (since those practiced in Ancient Greek) took place in the summer of 1896, and barred all women from participating. The first time that women had a place in the Summer Olympic games was four years later; they comprised a grand total of 0.02% of all athletes. During the very first Winter Olympics, in 1924, female athletes could only participate in figure skating, and only 11 female athletes participated. For both the Summer and Winter Olympic games, the amount of female participants has been slowly rising every year. Finally, the 2021 Tokyo Olympic games had the most equal ratio of male and female athletes: 49% of total athletes were women.

It may seem obvious that the past century has continuously seen more male participants than female, and these disparities may seem as though gender discrimination in sports, specifically the Olympics, is a phenomena of the past, but in reality this issue is still of great relevancy. Before one can dissect the current controversies surrounding women in sports, it is crucial to understand why males dominate this field specifically. Understanding and evaluating the importance of gender equality in sports allows for the advancement of the women’s liberation movement.

There are a multitude of reasons for the historical lack of female athletes in national and international competitions. It is no surprise that the overwhelming majority of arguments defending this fact are based on deeply misogynistic claims and beliefs. Of course, there is the argument, which is no longer used nor very popular, that sports affected the female reproductive system. This ridiculous claim is based on the popular sentiment that a woman’s value is based on her ability to reproduce and carry on viable children. Despite the falsehoods of such a statement, and evident social issues it touches on, it rallied support from men across the country. Female athletes were discouraged to play and aspiring female athlete’s dreams were shut down.

Furthermore, it is safe to say that before the passage of Title IX, the United States did not place the same value on women’s sports than it did in men’s sports. Before Title IX, when, and if, women’s sports were available they were almost never funded enough to reach a level of national recognition, preventing them from receiving similar opportunities that men had. Even today, many young girls do not have access to sports because of the soaring costs for participation in most parts of the United States.

The socially constructed idea of femininity also played a key role in the absence of female athletes in the twentieth century. According to a journal publication written by Hollis Elkins, the history of the politicization of female athletes, in the United States, begins to uncover itself and explain the absence of female athletes in the athletic world of the twentieth century. She explains that even through the latter end of the 1900s, many women, mainly rich white women, continued to follow the traditional idea of femininity and conformed to  “feminine” traits. Athleticism was, and always had been, deemed as a threat to femininity by many Americans, which both discouraged women from playing sports and made men disapprove of supporting women in sports.

In addition, femininity was largely characterized as “a state of inactivity” and as not feeling comfortable in one’s own body. Therefore, when people saw physically active women, who felt good about their bodies, people questioned whether or not they were “real women”. Contrastingly, men of this time who participated in sports were admired and considered “real men”. Women were victims to the misogynistic ideals of their time and unfortunately the embodiment of “wasted sport potential”.

Many of these arguments in opposition to accepting women in sports on the national level have been deconstructed, and society as a whole has made significant contributions to advancing women’s national leagues. Unfortunately, the status of women in sports is not where it should be. Today, female athletes continue to face numerous adversities in their plight for success.

Circling back to the Olympics, the gilded Tokyo Olympic Games brought controversial headlines around the world regarding their treatment of women. One of these examples is the discussion around the Norwegian Women’s Beach Handball Team. This all-women’s team was given very specific rules about what they had to wear in order to compete. The International Handball Federation forced the women to wear bikini bottoms, with very specific measurements, and when the Norwegian women did not comply, they were fined $175 each. Taking into account the laxer requirements for men, these absurd requirements sexualize female players thus contributing to the sexist atmosphere of these games.

Sports Stars are not exempt from the alarming gender pay gap that sickens America. The US Women’s Hockey Team has had to go to great lengths in their fight for equal pay. In 2017, the team boycotted the International Ice Hockey Federation world championship in order to appeal to people across the country, and force the Federation to reconsider the wages of female hockey players. In their New York Times interview, the team explains how they feel as though their sports team is viewed as “an afterthought” and not given the same treatment as the mens’.

The treatment and hostilities of women in national level sports have lessened over the last century. The constant pushes for expanding women’s ability to participate in sports on the national level, such as the Olympic games, have been met with drastic changes and improvements. Yet, women are still being sexualized and treated much worse than men. Therefore, it is necessary to continue to advocate for women rights in the sport’s world so that future generations can be welcomed into a reformed industry of equality, and to further the movement of women’s liberation as a whole.