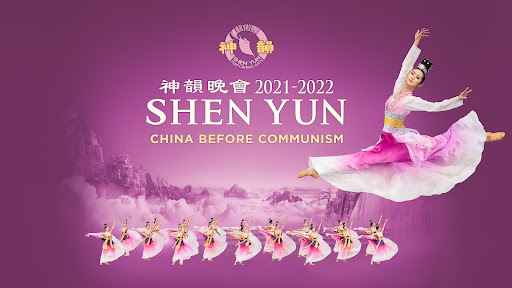 A couple weeks ago, my family and I had the opportunity to go to the Shen-Yun performance in the Upper West Side. The waiting time to get in was not long and we had extra time before the show. The near-back row seats are the best because you can see the whole picture, including the background and all the dancers. In this review, I’ll explain what Shen-Yun was about and dive into the positives and negatives of the performance.

The words “Shen-Yun” translate to “the beauty of divine beings dancing.” Shen-Yun consists of 20, 5 minute dances, each with its own story. Most of the stories are about the hardships of living in communist China. One story portrays a beautiful girl who refuses to bribe eunuchs into becoming the crown emperor’s concubine, and later on becomes a rival ling’s wife in order to style tensions between the North and the South. My favorite story illustrates a couple traveling to a temple when the wife is kidnapped by a gang and rookie monks must save her. In case you don’t follow the stories, there are two cast members who guide the audience as narrators and help transition between dances.

One major negative of the performance was the childish graphics and animations in the background. For example, in one of the stories, a monkey god who was misbehaving was punished by the Buddha for his actions. Although the scene was humorous, the Buddha was shown through childish graphics that ruined the dance and storyline. These graphics unfortunately did not do justice in representing China’s rich history.

Different aspects of religion, such as temples, priests, heaven, and the practice of Falun Gong, were overly emphasized in the Shen-Yun show. One storyline presents a woman who travels 300 years back in time, meets a guy, and falls in love. What could have been a riveting love story was ruined by the idea that god brought the guy back to her time and was ultimately responsible for everything.

Falun Gong, which means “law wheel practice” in Chinese, is a set of meditation exercises and ultraconservative texts that preach the virtues of truth, benevolence, and forbearance. It was founded in north-east China in 1992 by Li Hongzhi. Falun Gong is a very extreme and intense practice due to followers devoting themselves to this in order to achieve serenity and peace.  In China, according to Shen-Yun, practitioners of this are executed and used for organ donation. Similarly, in one story, a surgeon working in a government hospital performs, unknowingly, on his daughter who was caught practicing Falun Gong. Falun Gong is interesting but Shen-Yun was overly-promoting it. Shen-Yun should be about the dances and funny stories that portray China’s rich history, not about propagating a certain religion. All the songs, including a couple of dances, contained religious references. I found it strange and underwhelming.

Shen-Yun is a show that was not well-accommodated with my taste and my family’s. The dancing and stunts were amazing; however, the show’s promotion of questionable religious beliefs was unsettling. Shen-Yun is worth seeing but don’t expect a very mature representation of historical events.