What NOT to watch during quarantine 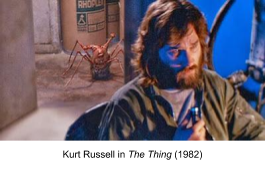 During this time of quarantine, we have been gifted with some free time. I personally have been spending that time on a variety of activities, including playing video games, reading comics, and of course, watching a lot of movies and TV.  As a result, I’ve thought it would be helpful to compile a “list” of sorts of what NOT to watch during our self-imposed isolation. Don’t take this to be a challenge of endurance, but rather a warning of movies that’ll make you feel very very alone.

Isolation can be tough, especially when you are surrounded by the same three, four, or even five people. You can get tired of them pretty fast, and it can lead to more extreme outcomes, including stress, anger, and accusing your scientist buddies of being shapeshifting monsters determined to make it to civilization to wipe out the human race. Well, that last one might not happen, but you could end up driving each other crazy, maybe even to the point of madness. Our first movies on the list are John Carpenter’s The Thing and Stanley Kubrick’s The Shining. Both films are about isolation and the madness that it creates. Both groups of characters have one person turn on the others with the belief that the others want to harm them. It’s Jack Torrence in The Shining and Blair in The Thing. They go insane because of a lack of communication with their isolation partners. Communicate with your partners and try to not let tensions get too high. Communicate with those you aren’t cooped up with by text, Instagram, Snapchat, Facetime, etc. By the end of this quarantine, you could look like frozen Jack Torrence or Ellen Ripley at the end of Alien.

Horror movies can be good and fun most of the time, but some may be a bit too extreme on the mind. Many cause blood to rush through one’s body, but there is a section of horror that is regarded as the scariest form: psychological. Our next two films are The Babadook and Hereditary. Both are regarded as some of the scariest films, not because of how much blood and viscera is shown, but rather their deeper subject matter. These matters can frighten a person to their core with their messages about grief, loss, depression, and mental illness. We don’t want to panic in a time where we feel confined, we don’t want those heavy themes to burden us along with this virus. Instead of picking up The Babadook, pop in Shaun of the Dead or Scream, horror-comedies intended to be lighter and easier on the mind. Don’t burden your mind with incredibly dark movies when you could have some scary fun!

But let’s all get past the frights and screams and focus on something everyone should never watch: bad movies. Movies like The Room don’t 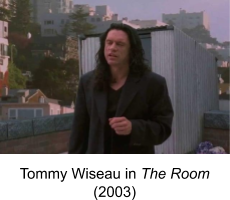 fall into that category, they classify as so-bad-they’re-good movies that are enjoyable based on how much joy it is to see them flop and fail. I’m talking about films that are boring, pretentious, and annoying. Films like The Emoji Movie, Jack and Jill, Transformers, or any Zack Snyder movie. These will entertain you for maybe five minutes, but become boring, annoying, noisy piles of audio-visual devices. Have something enjoyable to watch that’s well-written, well-made and not schlock made by hacks.

Avoid these movies as much as possible and enjoy your Netflixing!