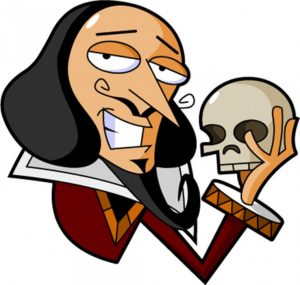 Breaking Down the Bard: Series One

No other writer’s work has been studied more than that of the Bard. No other writer has received as much critical acclaim, controversy, commercial success, and cultural influence in history. His genius has become something of a given—something accepted as easily as the fact that A comes before B in the alphabet.  But who he was as a man remains ambiguous. Who was the man who produced such unparalleled work? Conspiracies have filtered through ages of scholarly research, historical digging, and theatrical discovery. Who could break down the Bard for who he could have been and give some insight to what his work meant during his lifetime?

Brian Ridgers specializes in Shakespearean and Elizabethan theatre and has been teaching American and British students for the past sixteen years.

Brian mentors at the British American Drama Academy, where friend and fellow trainee Ian Hardenbergh and I were able to delve into critical discussion about gender, identity, and contemporary society in relation to the dramatic narrative of Shakespeare’s pieces. Here is the first insight into Breaking Down the Bard:

What do you think is the greatest misconception about Shakespeare as a regular person?

As a person, not a playwright? I would say two things. Alright, one, the idea that he was not who he said he was—the conspiracy theory and perhaps two is that he is the greatest ever playwright and that everything he did was perfect. People are looking for the idealized version of this man. As we saw in Stratford I think we see a deification of this man, who is the pinnacle of our culture. I think that we cannot see him and really engage with his work. What we are doing is looking at someone who we think is better than us and that is not necessarily helpful to understanding him as an artist with career structure and with particular ideas at certain times.

So if we can take the analogy of a filmmaker, who at certain times has ideas bounced off others.  Maybe the other thing to say is that we see him as a lone writer—not a matrix of writers and actors. So maybe the biggest misconception, apart from “everything he does is good”, which is very debatable, is that we  see him as a lone genius and don’t see the people around him. He represents the age and even his publication in 1623, there is a group of people that he was amongst- clearly part of a group. He really was well liked, and worked among many greats in London particularly.

Do you think that Shakespeare will be played in the theatre in about fifty or one hundred years? How does film translate Shakepeare’s work?

You’re theatre people , I am a theatre person too. I think we are seeing and I’m sure we have all experienced watching a lot of film because of its dominance and consuming quality—and I like that. I celebrate that! I personally think he will still be in theatres. Go to London, and you will see there are three Midsummers simultaneously. I would like to assume there are usually six to eight Shakespeare plays on in London.

Film is super interesting and there is a lot to say, but I will try to say super quick. Polanski’s  Macbeth sort of destroyed Shakespeare in film because it was a terrible portrayal of his work. Then there are other films, particularly Romeo + Juliet, with Leonardo DiCaprio that we all know. Baz Luhrmann’s one was so important for bringing back the Shakespeare narrative. There have been banners under working with Renaissance films, making different Shakespeare films quite varied well.

A lot of Shakepeare’s work is adapted. I think that film is a very vibrant thing for Shakepeare because you get the notion that you can listen to the language and you can interpret and linger on certain shots. I mean imagine the governor’s speech filmed? What you could really do with that? Some plays, like the Midsummer we saw, would never come across right on film. It would have looked like an overblown, overvisualized mess rather than the performance we saw.  But the fact in which the actors had a dialogue with us was amazing and spontaneous. The immersive nature of it would not have been captured.

Storytelling for us is film and that will probably be the way things will develop more and more in the future . I’m totally for it!

Series Two of Breaking Down the Bard continues on next week’s Grizzly. Continuing conversations with Bryan Ridger will focus on commentary on Shakespeare politically and socially.

1 Stratford Upon-Avon is Shakepeare’s hometown, where we saw the Royal Shakespeare Company’s Taming of the Shrew with a gender reversed cast.

2  We saw a visual spectacle and roaring comedy- A Midsummer Night’s Dream at the Globe Theatre. Production directed by Sean Holmes.

The Grizzly • Copyright 2022 • FLEX WordPress Theme by SNO • Log in

The Grizzly encourages readers to voice their opinions respectfully and engage in discussion on the topic of the article. Comments will be pre-moderated, and will be removed if deemed to be in violation of The Grizzly Commenting Policy. Comments that contain personal attacks, foul language, threats of violence, encouragement of illegal behavior, or violations of copyright protections will be removed at once.
All The Grizzly Picks Reader Picks Sort: Newest